Ontario E-Bike Laws: Before & After You Buy 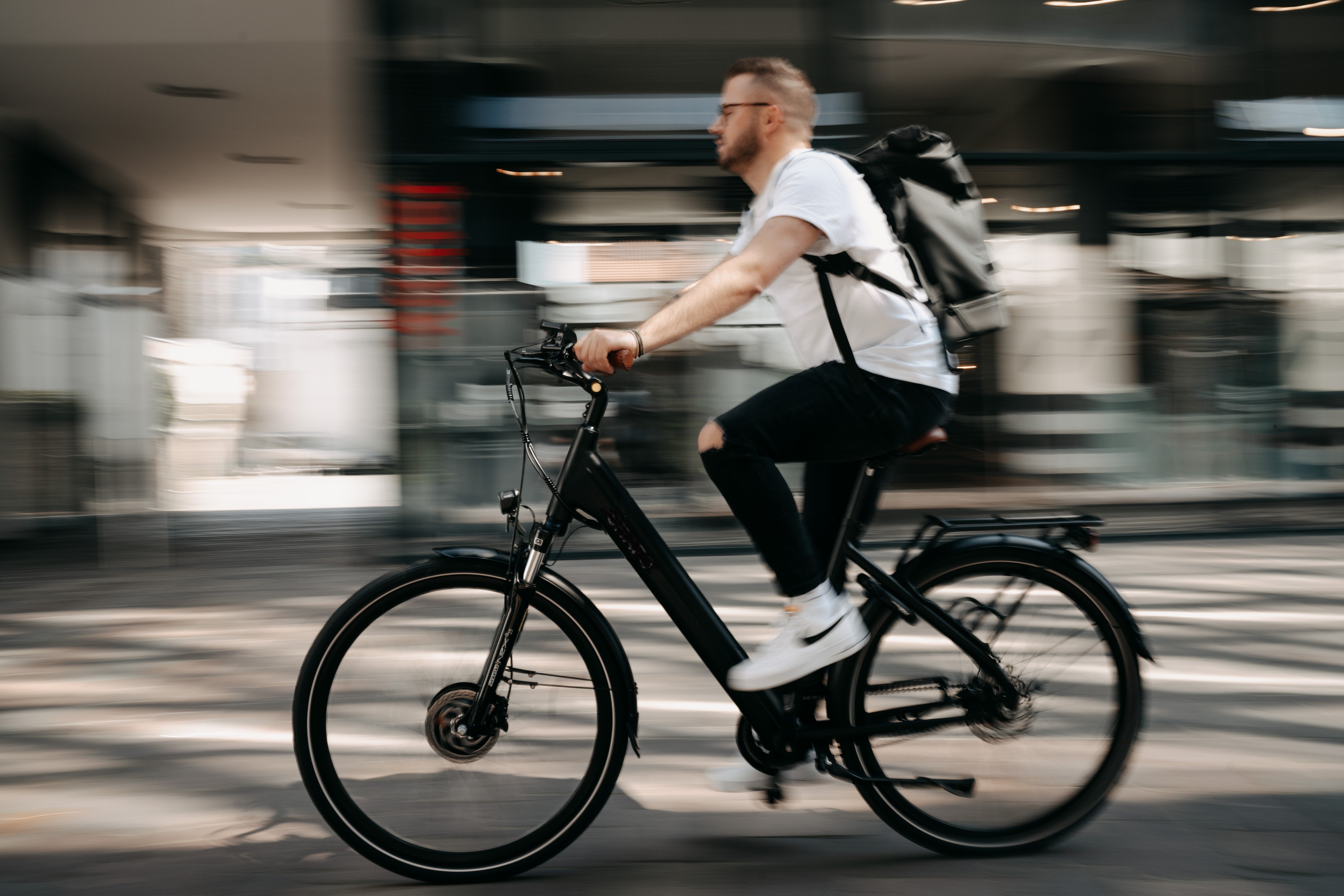 Electric bicycles or e-bikes are inexpensive, convenient and fun, and they are becoming an increasingly popular option for urban commuters. Sales of e-bikes continue to grow, and even though more of them are on the road, there is still confusion over which rules apply in Ontario. For example, are e-bikes “motor vehicles” or “power-assisted bicycles”? Should drivers treat an e-bike like a regular bicycle or a motorcycle? Are riders expected to act like cyclists and pedestrians, or more like motorcycle riders?

Since Campisi LLP specializes in personal injury law, we wanted to share our perspective on Ontario e-bike laws; including what you need to know now, and what you should know as a precaution in the event of an e-bike injury or accident.

Before You Buy: What You Need To Know About Ontario E-Bike Laws

Is an e-bike a motor vehicle?

E-bikes are “power-assisted bicycles” under the provincial Highway Traffic Act but are considered “motor vehicles” under the Criminal Code of Canada. This means that riders do not require a license or insurance to operate an e-bike, and generally they must follow the same rules of the road that govern cyclists.

However, a rider can be charged with any offences that would apply to a motorcycle or car. For example, it is a criminal offence to operate an e-bike while intoxicated. That said, an e-bike may be operated by someone whose driver’s license has been suspended, but it depends on the reason for the suspension. If a driving prohibition was imposed following conviction under the Criminal Code, that driver cannot legally operate an e-bike. For other types of suspension, this might not be the case – we recommend seeking legal advice before operating an e-bike with a suspended license.

What are the e-bike rules in Ontario?

The basic e-bike rules are set out in Ontario’s Power-Assisted Bicycles Regulation under the Highway Traffic Act. These rules include:

Where can I ride an e-bike?

E-bikes are legal on Ontario’s roads except for 400-series highways and other major provincial highways (e.g. the QEW). However, municipalities can create by-laws banning their use on specific roads, so it is important to identify these roads ahead of time (they will be listed on the municipality’s website). Also, e-bikes cannot be operated on prohibited sidewalks, bike trails or paths, or bike lanes. Although these are often identified with appropriate signs, it is prudent to investigate before using an unfamiliar route.

As with any type of vehicle, riding an e-bike has inherent risks. And as with any type of exposed vehicle, the risk of severe injury is greater on an e-bike than it would be in a car in the same accident. That’s why it’s important to understand these risks and the precautions that operators and riders can take to minimize them.

Like bicycles, e-bikes are much lighter and less stable than road-going motorcycles, which makes them much more susceptible to weather and road conditions. On the other hand, they are capable of accelerating faster than a bicycle, which makes it harder for drivers to anticipate their movements. Many of the accidents that do happen involving e-bikes (and other two-wheeled vehicles) happen because the car’s driver underestimates the speed that the e-bike is travelling or the distance between them. Often, drivers claim never to have seen the e-bike, or that it “came out of nowhere”. This phenomenon is amplified because electric motors are silent, whereas a motorcycle’s rumbling or high-pitched exhaust note can act as a warning signal to drivers.

What is different about an e-bike accident?

No specific training is required before an e-bike operator’s first experience on the road, and so we recommend drivers spend time getting more familiar with the vehicle in a safer setting (such as an empty parking lot) before heading out on the road. This practice can help orient the operator to those key differences between e-bikes and conventional bicycles. As well, it would be helpful to review both the e-bike rules and the general rules of the road. E-bikers can create a road hazard with unpredictable behaviour, and while riding habits do not necessarily improve with experience, they can improve with thoughtful vehicle operation and education.

Even if the e-bike is operated in a reasonably safe way, unfortunately serious accidents can still happen. These accidents can present unique challenges, depending on the circumstances. For example, if you are driving a car or other vehicle, or are a pedestrian or cyclist and an e-bike causes you to have an accident:

Conversely, if you are an uninsured e-bike operator and you cause an accident, you can be held personally liable for the injuries and losses of the other party. This means that they can potentially garnish your wages, seize your property, or even require the sale of your home to satisfy the claim. If you plan to use an e-bike, we strongly advise you to purchase optional coverage through your homeowners policy if it is available.

If you are an e-bike rider (or future e-bike rider), we encourage you to practice riding before hitting the road, recognize the unique risks and safety precautions that your come with an e-bike, and of course familiarize yourself with the rules of the road to which you must adhere. If you or a loved one has been seriously injured in an e-bike accident, we offer a free, no-obligation consultation to discuss these complex issues. Put Campisi LLP to work for you – we are Champions with Heart.

E-Bike Collision? What You Should Do Now

What To Do in the Case of an E-Bike Collision