It Was Fun While It Lasted: Court Of Appeal Restores Status Quo For EUO 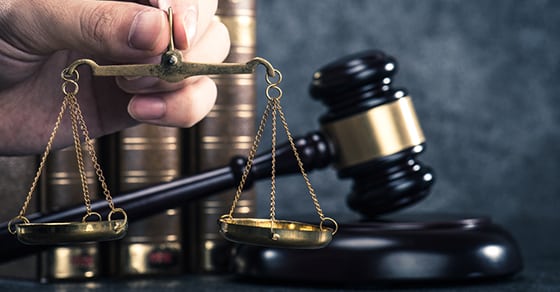 Since the introduction of the "no fault" accident benefits system in Ontario, the legislature has imposed further disclosure obligations on accident victims seeking entitlement to benefits.  For example, the Automobile Insurance Rate Stability Act, 1996, (at s.33(1) of the current Statutory Accident Benefits Schedule or SABS) required a claimant to provide to an insurer any information "reasonably required" to assist in determining the claimant’s entitlement to benefits and, if requested, to furnish a statutory declaration.  Later, Ontario Regulation 281/03 (at s.33(2)) gave an insurer the right to request a mandatory Examination Under Oath (EUO) from the claimant to gather information pertaining to the application for benefits.

Each time, the legislature has identified its goal as protection for consumers from increasing insurance premiums.  Its stated broader concerns have included keeping insurer costs down, increasing the accountability of insureds and combatting insurance fraud.

As might be expected, there has been a lot of contention over the nature and extent of the obligations owed by claimants.  Insurers have pushed for greater disclosure, arguing that it lets them adjust the claim more efficiently.  Claimants’ lawyers have resisted, viewing the Statutory Declaration and EUO as fishing expeditions attempting to undermine their clients’ accident benefits claims.

Subsections 33(4) of the SABS sets out the insurer’s responsibilities regarding an EUO:

(4) The insurer shall make reasonable efforts to schedule the examination under oath for a time and location that are convenient for the applicant and shall give the applicant reasonable advance notice of the following:

The penalty for failing to attend an EUO is suspension of the benefit in question until the insurer has had the opportunity to perform the examination.  Generally, claimants who have refused to submit to an EUO have received little support from arbitrators.  The language of s. 33(2) of the SABS is clear- If requested by the insurer, an applicant shall submit to an examination under oath.

Recently, however, an application over whether a claimant was required to attend an EUO was brought in the Superior Court of Justice rather than through the Financial Services Commission of Ontario (FSCO).  In McKeown v. Aviva Insurance Company of Canada, the applicant, McKeown and five other claimants all challenged the validity of the "reason or reasons for the examination" provided by Aviva.  They argued that it was not sufficient for Aviva to simply state that it required the EUO to assist in determining entitlement to specified benefits.  Instead, the reasons should be justification for the EUO.

In a somewhat surprising decision, Justice Matheson agreed with the claimants, holding that the notice provision, "is not satisfied by a general statement that the examination will be about entitlement to statutory accident benefits or a general reference to the purpose and/or scope of the examination". Instead she issued a declaration that, "a justification is required to compel a SABS claimant to attend an examination under oath under s. 33 of the SABS, specifically a reason or reasons that must be disclosed under s. 33 (4) 3 of the SABS".

Less surprisingly, Aviva appealed this decision, arguing that Justice Matheson had erred in law and seeking declarations that the claimants were required to attend EUOs.

The Court of Appeal reviewed Justice Matheson’s decision in detail.  It disagreed with her conclusion, and found that, "in adopting the meaning "justification" for the word "reason", the application judge drew unsupported inferences, employed extraneous considerations, and failed to consider the entire legislative context of s. 33(4)".

Justice Juriansz, writing for the Court, explained that although Justice Matheson had correctly stated the legislative purpose behind these amendments (i.e.:  to "address rising auto insurance premiums by putting forward a balanced reform package designed to ensure that injured people received the care they needed while reducing red-tape, fraud and abuse"), she had failed to consider all of s. 33 through this lens, focussing almost entirely on the "reason or reasons".  This narrow focus led her to conclude that:

Justice Juriansz rejected these conclusions.  He found that:

Read as a whole, the SABS creates statutory benefits and requires applicants to take steps to facilitate an insurer’s determination whether they are entitled to the benefits claimed or to their continuation. Thus, requiring an insurer to provide a "justification" for its request for an EUO is not in keeping with the cooperative approach to information sharing throughout the SABS.

This conclusion was supported by a thorough review of the errors in the lower court decision.  Briefly, Justice Juriansz observed:

Based on these and other considerations, the Court overturned the decision.

If you have been seriously injured in a car accident and have questions concerning your disclosure obligations to your insurer or other matters, please contact us for a free consultation.  At Campisi LLP, we pride ourselves on our "Clients First, Excellence Always" philosophy.  We are ready to get to work you.